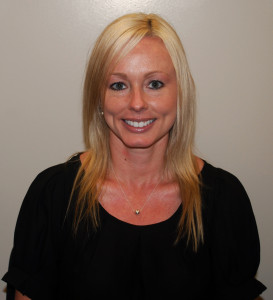 The decision was made on Tuesday, May 21 during a school board meeting. King said she is excited to have been promoted, and that she hopes to be able to keep up students’ and teachers’ high academic achievements.

“Our students are a great example of the hard work that goes into our school,” said King. “I just want to see us maintain that success and continue to do even better.”

According to King, her position wasn’t necessarily secured after Grasso left. Several other applicants stepped up for the role, though her familiarity with the community was definitely an advantage. “I know the students and faculty here,” said King. “I’m just guessing that gave me a bit of an advantage.”

But a new principal in charge doesn’t exactly equal an entirely new set of policies, said King. “There’s nothing that I think is negative or bad that is in need of completely changing, it’s just improving things.” Mostly King is glad to be involved with more decisions and interacting with different groups of people, so changing school policies is not her main focus.

As the first four years of Steinbrenner history come to a close, the school loses its first 4-year graduating class as well as its first principal. Principal Kelly King aspires to help Steinbrenner maintain its A+ status as a new legacy unfolds for students and faculty alike.