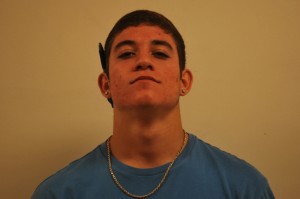 Since the age of 10, junior forward Austin “T” Labban has been constantly playing soccer. His interest in the sports sparked at a young age.

“It seemed like it would be a fun sport to play,” said Labban. “From day one, I’ve loved it so much that I haven’t wanted to stop.”

The person who has influenced him the most over the years has been Labban’s father.

“He has always backed me up in every decision that I have made and supported me no matter what,” said Labban.

But when he does step off the field, Labban likes to keep up with his favorite team, Arsenal, of the English Premier League.

This season, T has been incredibly productive, after two years of relative obscurity. He came out as the number two forward in place of suspended Derek Gebhard, and has held on to the spot since Gebhards return. Labban is the second leading goal scorer for the Warriors. He was voted onto the All-State team along with fellow forward Jason Collister, who happens to be the teams leading scorer. T cites team unity as a big reason for his success.

“The team as a whole has gotten a lot stronger,” said Labban.

After losing the district title to Sickles and rebounding with a regional championship, he hopes the team will win states as well, exuding the confidence the whole team seems to be displaying heading into the final this Saturday.

“It will be a great conclusion to the season,” said Labban.

Looking to the future, Labban hopes to continue his soccer career at either Florida Atlantic or the University of North Florida.