If you go into Steven Soderbergh’s newest film, Side Effects, thinking that because it was described as a “psychological thriller” you are going to be introduced into a world reminiscent of Aronofsky’s 2010 masterpiece Black Swan, you will, for all intents and purposes, be completely disheartened. 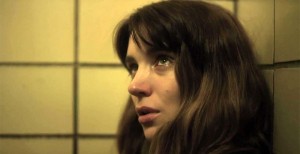 This movie is not about Emily (Rooney Mara) going crazy like Natalie Portman did in Black Swan. Not really. It is about the quest of Jonathan Banks (Jude Law), a psychologist, attempting to cover his tracks and find out what went wrong after Emily commits a murder (not going to give away any details).

Emily and Martin (Channing Tatum) are a rather young couple, married just five years, four of which Martin spent in jail. Upon his return, Emily attempts suicide. Twice. The characters seem genuinely worried, and Banks prescribes her a new medication that he is being paid to prescribe. The confusing part is why this is the primary and sole method to counteract her behavior, and those close to her seem to have no problem leaving her by herself. A few days after, Emily is arrested for the murder and thus begins Banks’ plight to basically cover his own tracks. As much as Emily wants to believe he is trying to help her, it quickly becomes apparent that he wants only to save himself and his job.

The strange thing is, I can’t pinpoint exactly what went wrong. All I know is something did. This is really a shame, because the acting definitely was not the problem. While Mara and Law both dominate the screen with their lead roles, Tatum and Catherine Zeta-Jones fill their roles just as well as Emily’s husband and former psychologist, respectively.

The film is definitely cluttered into something that seems rushed, a rather remarkable feat given the film’s 106 minute runtime. It appears that Soderbergh attempted to fit too much plot into the movie. It could have definitely been cut shorter;there were plenty of things that could have been taken out in order to make the end make more sense and be more fulfilling. It was neither.

Side Effects eventually arrives at an impasse:  Great acting and a generally enjoyable plot line clash with a rushed and loaded development that leads to a mediocre ending that could’ve been brilliant. The film was simply missing that ever-important execution that could’ve potentially elevated this film from average date movie to an enjoyable thriller. 6/10