1. Justin Timberlake, The 20/20 Experience: The multi-talented pretty boy behind 2006’s impeccable FutureSex / LoveSounds is back after over half a decade with another album, produced again by Timbaland. Just last week Timberlake dropped the album’s lead single, “Suit & Tie (feat. Jay-Z)” which gave off a glitzy, classy vibe. 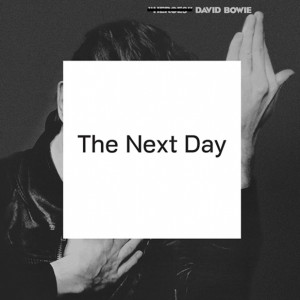 2. David Bowie, The Next Day: Glam-pop maestro David Bowie, jewel of the 80’s has been on hiatus even longer than Timberlake. Out of the blue, on his most recent birthday, he released the simple yet haunting “Where Are We Now?” and announced his new album, dropping in March. Bowie, however, has declined to ever give an interview again, so the concepts behind this new album will remain mysterious until then.

3.  Lady Gaga, Artpop: 2012 was a dry year in terms of major pop releases, but 2013 looks to have the remedy for that drought, with a new disc from Beyonce on the way. Beyonce, however, can’t compare to the modern Queen of Pop, who we’re sure has plenty of infectious new material cooked up for us. Gaga reportedly culled all features from the album, meaning she’ll have plenty of room to flex artistically.

4. Modest Mouse, Title TBA: We’re pretty sure. Or maybe we just want to be pretty sure. It’s been six years since Modest Mouse’s last album, the fantastic We Were Dead … Sank, and Isaac Brock & co. have been notoriously quiet about what the heck it is they’ve been doing all this time. But Big Boi recently revealed that they had recorded a couple tracks from their “new album” at his Stankonia studios. This year seems promising …

5. Drake, Title TBA: The emotional YMCMB rapper-singer is reportedly recording the follow-up to his sophomore album Take Care, which will be difficult to top, and hopes to have it finished in a couple months. Reportedly, the “style” will be very different than that of Take Care, whatever that means. Since all of Drake’s records have been released in October thus far (and his record label is called October’s Very Own), we can hope for a release in October of this year. Godspeed, Drake!

1. Catching Fire: After the incredible success of the novels and the first movie starring Jennifer Lawrence, fans have been anxiously awaiting their fix of the series with the second movie based on the book of the same name. The book is arguably the best of the series, so the pressure will be on the crew under new director Francis Lawrence to reciprocate this in the movie, and deliver a product that will leave fans craving more yet again.

2. Iron Man 3: The third installment of the popular superhero series starring Robert Downey Jr. comes after the revolutionary Avengers took the superhero world by storm last year. The film will follow Downey’s Tony Stark in his fight against the famous Iron Man foe the Mandarin.

3. Man of Steel: Superman is one of the major superheroes that hasn’t necessarily broken out in the movie world as of late. Director Zack Snyder and Producer Christopher Nolan hope to change this with the newest edition of the Superman franchise. The film stars Henry Cavill as Clark Kent and his alter-ego Superman and also includes several stars including Amy Adams, Kevin Costner, Russell Crowe and Christopher Meloni.

4. Monsters University: The shoe-in for best Animated Picture will once again be Pixar’s in their sequel to Monsters Inc., and will follow the story of Mike and Sully during their university days when they were practically enemies. Pixar consistently comes out with near perfect movies, and by going back to a fan favorite, this is bound to be a success as well

5. Ender’s Game: A teacher-favorite book by Orson Scott Card is being adapted to film after 28 years of being a stand-alone book, and the hype likely leaves the crew and cast hoping they can follow through. And with a cast full of youngsters and a rather unproven director, the success of this film hinges on their success.

1. Bioshock Infinite: The third iteration of the popular BioShock series introduces a new world, leaving Rapture, the setting of the previous titles, for Columbia a floating city in 1912 America. The player controls Booker DeWitt and uses his arsenal of weapons to make his way through the city with the help of the computer-controlled Elizabeth. 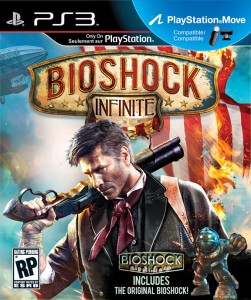 2. Grand Theft Auto V: The Grand Theft Auto series returns after a five year hiatus with the fifth installment set in an area based on Los Angeles and Southern California. The developers have touted the improved shooting and increased amount of vehicles available for use and they will surely release more information as the date of release approaches.

3.  The Elder Scrolls Online: The popular console series returns in a far different way, offering the previous singular play in a new open-ended MMO format. There are three main factions feuding for the throne of Tamriel, the fantasy world from the previous games in the series.

4. Destiny: Not much information has been released about the newest project from Bungie (Halo), but the game is set to be released in 2013. Bungie has always been a fairly reputable company, releasing several successful games in the Halo franchise before Halo 4 was taken over by 343. One of the main things we can hinge on as of now is Executive Producer Joseph Tung stating that he believes “that it absolutely will be a game-changer in the way that Halo was a game-changer.”

5. The Walking Dead, Season 2: The Walking Dead video game surprised the industry with a successful use of emotion, establishing connections, and setting a tone for the series. It even took some by surprise when it won the Game of the Year award at Spike’s VGAs beating such titles as Assassin’s Creed III and Dishonored. The second iteration is sure to attract an even larger set of fans hoping to discover the hype behind the comic books, TV show and, now, video game.

1. Dr. Sleep by Stephen King: In perhaps the most daring move by this prominent author in recent memory, Stephen King has decided to return to one of his best-loved universes — that of The Shining, the terrifying story of the Overlook Hotel. What he could do with the story, which seemed just about wrapped up, will be left up to our imagination until this summer. 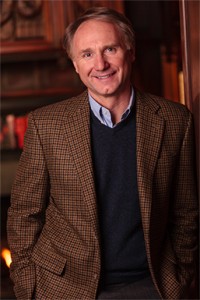 2. Inferno by Dan Brown: The writer who garnered international fame with The Da Vinci Code (followed by two more religion-focused mysteries starring professor Robert Langdon) has recently revealed that he has been influenced by time spent in Italy and by reading Dante Alighieri’s epic poem The Inferno, in which a character journeys through the nine circles of Hell to save his beloved. The newest Langdon mystery will riff off Dante’s 14th-century masterpiece and seems poised to delight Brown fans.

3. And The Mountains Echoed by Khaleid Hosseini: Afghani novelist Khaleid Hosseini has driven the Western world to tears twice now with his instant classic The Kite Runner and its follow-up, A Thousand Splendid Suns. No research needs to be done to confirm that And The Mountains Echoed will probably take place on those same beautifully invoked Afghani landscapes and tug at our heartstrings again.

4.  The World’s Strongest Librarian by Josh Hanagarne: Now, for the obligatory writer-whom-no-one-has-heard-of. Josh Hanagarne isn’t a writer, really; he’s a Mormon missionary with a debilitating case of Tourette’s disorder who managed to find solace in weight lifting, libraries, God, and his family. If you’re not crying at that summary, the book itself will be sure to bring the tears. 2013’s sleeper memoir; by December, everyone will be talking about this.

5. Red Doc> by Anne Carson: Anne Carson is perhaps the most sophisticated and beautiful poet currently writing in the English language. Her verse is unmatched, except perhaps by Mark Strand’s. The literary world raved at her 1998 masterpiece Autobiography of Red, and their mouths are sure to drop again at the sequel, Red Doc>, which Carson is publishing this year. You won’t see this one at the top of the bestseller lists, but it’s among the most beautiful works that will be released this year.

One thought on “What to look for in 2013: the most anticipated music, movies, games, and books”