Rascal Flatts has grown as a music group since their debut in 1999. In their new album, Changed, the group details the ups and downs of life.

Rascal Flatts has produced a song for new romances, heartbreak, coming of age and mostly country fun on “Changed”. From the very beginning it’s evident that this is one of the most country albums they have ever produced. 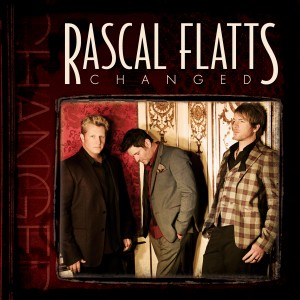 Many of the songs concern love and romance. “Hot In Here,” for example, is about a newly married couple’s new and hot love, while “Come Wake Me Up” discusses heartache after a breakup. Most teens would enjoy the hit “Sunrise” because it emphasizes the enjoyment of falling in love. The song truly overflows with passion. “Great Big Love” also has a catchy beat that highlights the message to not sweat the small stuff.

Despite the few emotional tracks: (“Come Wake Me Up”, and “She’s Leaving”), the music is always making me make sure I pay attention every small detail in the track. Like the best country songs, these tracks tells a story has a lot more meaning to me than any other country hit.

One of the more upbeat songs, “Banjo”, will get anyone off of their feet and put a smile on their face. This song gives off a fun, summer vibe.  In relation, the song “Friday” (not a cover of the Rebecca Black song) is the perfect hit to let your hair loose. The lyrics are about how Friday can’t come fast enough, and how people just want to party. These energizing songs could pick anyone up after a long day.

While the song “Changed” is showing Rascal Flatts’ more sensitive side, it does not falter the power and strength of the album as a whole. Most slow songs talking about coming of age and change can be extremely dull, but this one really gets to the heart and makes you want to put it on replay.

Lastly, “Let It Hurt” recalls the sensitive previous #1 hit “What Hurts the Most”. The heartache that singer, Gary LeVox, is portraying basically forces you to dig deep down and find something that has hurt before.

All in all, Rascal Flatts has truly outdone themselves with Changed. I would recommend the album to any fans of the country genre, because each song has a different meaning and message,  but sometimes the background music becomes repetitive. Every single song is appropriate for any age and gives off the best messages most country artists cannot successfully do. With a developed country flow, the album illustrates all the reasons that they have been one of my favorite music groups of the past 10 years. Score: 9/10.