When it comes time to raise one’s child, there is the inevitable temptation to rear the child as though it is a mouse in an operant chamber, guiding the child’s behavior towards the accepted social norms via reward and punishment (a technique which is only slightly less degrading to the human intellect than Pavlovian conditioning) and thereby teaching the child the ways the world works. But is not this a very shallow way to think of growth, as the development of proper schema for a life of what boils down to reward-acquisition? I submit that the child’s environment is not a Skinner Box, and overbearing on the child with consequence-based conditioning will leave the child with an improperly developed spiritual existence.1 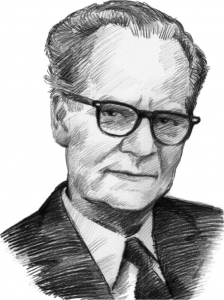 The human mind is vastly different from the mind of a rat or a Pavlov dog because of its ability for fluid consciousness, formal operations, genuine creativity, and self-appraisal. In my view, raising the child with a dichotomous carrot-stick system denies almost all of the virtues I have just listed, because it hinder’s the child’s development of intrinsic motivation, of true activity of the soul.2 Promise a child candy too many times as a reward for good behavior (even with a a partial-reinforcement method) and soon the good behavior will come to be associated with the candy. The child will be trapped in the preconventional stage of morality3 (per Lawrence Kohlberg), attached to the pleasure principle. Or, perhaps worse, the child will be trapped in the conventional stage of morality (which lends itself to all the dangers of groupthink), attached to the normative principle of behavior, and will lose his/her individuality. Unfortunately, this is the pattern which parents most often adopt in the rearing of their children, perhaps because they know of no other efficient method or they have flawed, preconventional or conventional psyches themselves.There seems to be a fear of letting the child run free and develop associations through his/her own experiences. Inwardly developed associations are always stronger than associations imposed upon one by an outside source. Skinner Boxes are always presided over by an experimenter who seeks to reward all good actions and punish all bad actions, but there are two holes in the logic of applying operant principles to rearing a human soul, the horns of which make up what I have dubbed the Skinner Fallacy: first, that there exists a universal and natural moral law guiding all actions, which vary between cultures, religions, and individuals; second, that the global community (which is the sum of all individual consciousnesses) operates according to the direct whims of a methodical Skinner up in the sky4 who invariably rewards all approved actions and punishes all disapproved actions (such a system would have led to a perfect world by now). The sooner the child learns this, the better; there is a Zen saying from Shunryu Suzuki that says “the best way to train a cow is to give it an open pasture.” Obviously a complete parental anarchy is not desirable, as many cases will show, but leashing the child to a system of rewards and punishments, and sticking with this system throughout the child’s life, will hinder the child’s growth. Just as the ultimate goal of education is to eliminate the need for education, and the ultimate goal of philosophy to eliminate the need for philosophy, the ultimate goal of childrearing should be to prepare the child for the outside world and end the need for childrearing. To do this, the child cannot be simply indoctrinated into social norms and taught acceptable behaviors; they must, as soon as possible, develop an intrinsic moral motivation, and in order to do this the operant system of condition must be transcended.

Now obviously, trying to instruct a five-year-old in the need for creativity and individual self-actualization will have no effect but to make the child drool as the parent rattles on and on. There is, as has already been proposed by psychologist Jean Piaget, a physical barrier to psychological development.5 We cannot expect those in the conop stages to reason morally, just as we cannot expect an infant to know how to spell the word “childrearing.” Therefore, up until a certain point in the child’s growth, the operant conditioning system will actually be applicable. This is not what I am arguing against.6 What I am arguing against is the continued use of this system throughout the child’s pubescent development, when they have the psychological capacity to be motivated by moral tenets much higher than simply “this is what is normal” or “this is what feels good.” There is no physiological timeline given by Kohlberg for progress through his moral system, but we can assume that since moral reasoning does not occur until the formop stage, postconventional morality is not possible until then. Until puberty, the child will, whether monitored by its parents or not, learn how the world works according to a shade of the operant conditioning system (i.e., this feels good, that hurts, I should do this and not that). If possible, the adults should let the child learn for itself what is good and what is bad, rather than the parents, who might be vegetarians, imposing their beliefs on the child and perhaps preventing the child from going on to become one of the world’s greatest barbecue chefs.

Once puberty and the formop stage appear in the child, though, there is a need for a parental paradigm shift to accord with the psychological revolution going on in the child’s mind. Adolescence is historically a period of revolt and rebellion, self-centeredness and immaturity, but it is also one in which the child grows into an adult, and this requires a sweeping and wonderful leap forward. Teenagers are known for despising their parents, and while this is partially due to the hormonal rage in the teenager’s mind, I submit that the teenager’s rebellion could be reduced if the parent does not try to continue imposing frail schemas of what is right upon the child via reward and (more often) punishment. The adolescent will always shake off these schemas because, as Erikson supposed, he is trying to develop his own identity. Therefore the biggest mistake a parent can make is trying to impose some outside costume of morality upon the teen. This would be a system of childrearing which does not foster intrinsic soul-development and is thus rather two-dimensional. The third dimension will only come when the teen is allowed to function and discover for himself. Give the teen access to a library but do not tell him which books to read and do not even make him read if he wants to go outside and shoot a paintball gun. Let the child know about the benefits of higher education, the merits of hard work, and the dangers of social pressures, but don’t reward him for doing the one and punish him for doing the other. Lead the horse to water and then leave the horse alone. I admit that there is something a little bit concerning about letting the teen go where he wants in the dangerous maze of adolescent life, which has claimed many young lives because of drinking and violence, but punishing the child for going in a certain direction will lead the child to despise the parent or to do the unsanctioned thing anyways (because of a shift in who is the social authority, the parents or the peers), or perhaps both. However, the psychological revolution which allows the youth to transcend social norms and enter the postconventional stage of morality must come from within the self; it must be learned but cannot be taught.

I have never raised a child myself and so cannot offer a methodological solution for the problem of how closely to monitor a teen’s growth. Perhaps there is no definite method which can be prescribed, and the true method is to be as fluid as the human consciousness and adapt to the child’s personality in order to preserve the child’s naturel without turning the child into a ruffian. The path to the revolution of consciousness (that which leads us into the postconventional / transrational stage) is unclear, but it is certain that the Western parent has an obsession with baiting or punishing the child, trying to nail the child down into a Skinner Box. The main pitfall of childrearing is to leash and degrade the child; the evidence is physiologically and psychologically present that the child must not be tempted with the carrot or beaten with the stick. In theory, dropping Skinner’s methods entirely will lead the child to realize the full extent of human creative consciousness.

1. Skinner’s own child emerged from childhood psychologically askew because Skinner took it upon himself to rigorously enforce his belief that once children have gone to bed they should stay in bed for the whole night, by essentially sealing his daughter in a box with air holes every night to discourage getting up. Can the basic principles of operant conditioning really be applied to the human mind, with all its capacity for creativity and transrationality?

2. This is not the forum for me to enumerate my religiospiritual beliefs, but suffice it to say that the capacity of human beings for inspired religious and creative activity, whether or not it is fueled by an actual “soul” somewhere in the body, is a chief tenet of my belief system. For more information, the reader may want to consult the works of Joseph Campbell, Ralph Emerson, or especially Ken Wilber.

4. Here I am not denying the existence of a deity: rather, I am putting forward the idea that even the terms “varied interval” and “varied ratio” are far too organized and simple to explain a world in which six billion intelligent wills are constantly at work.

5. Piaget’s system is as follows: from birth to around age three infants are in the sensorimotor stage, in which they can pretty much only sense things and react to them using basic motor skills; they have no concepts, no self-appraisal, nothing close to what we would call “intelligence.” From three years to seven years, kids acquire the ability to think symbolically, which leads to language and role-playing. This is known as the preoperational (preop) stage. From ages seven to eleven children are in the concrete operational (conop) stage, in which their use of logic develops and they become able to correctly appraise the world around him. The final stage, which begins at age twelve (coinciding, of course, with the beginning of puberty) is the formal operational (formop) stage, in which abstract thinking, moral reasoning, and adult intelligence begins to develop. Wilber has used these stages extensively and Piaget’s system is one of the most seminal ever created.

6. What I am arguing against, however, is the use of classical conditioning of any sort in the development of a malleable human mind, because the entire premise of Pavlov’s methods is that they create associations where in reality there were none. Teaching the child to associate a neutral entity such as a public figure with pain or negative emotions (i.e. the parent telling the child vehemently just how bad a man this public figure is) is one of the cruelest forms of propaganda possible, and yet many parents implant these associations in their children, whether they realize it or not.