The collective of “radical” rappers known as Odd Future Wolf Gang Kill Them All, whose carefree antics have made a large viral footprint in the past year, has been called many things. They have been labeled troublemakers, anarchists, cult members and everything in between, depending upon whom you ask. But now this California-based motley crew of strange geniuses (most of whom are scarcely done popping pimples) can add one more label to their collection: legitimately talented musicians. Their newest release, The Odd Future Tape Vol. 2, shows the group making a transition from obscure fetish-rappers to producers of frighteningly good hip-hop music. 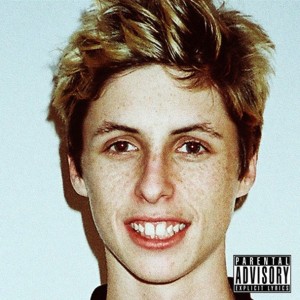 Vol. 2 unfolds with a strange chaos. The songs mostly cycle between raps by the three most prolific lyricists of the bunch: Tyler, the Creator (the group’s leader, known for his chilling lyrics about violence, sexual abuse and other touchy subjects); Domo Genesis (OF’s resident marijuana enthusiast) and Hodgy Beats (the suave, sharp rapper who together with OF producer Left Brain forms the duo Mellowhype). The combined lyrical power of these three yields a result which can only be described as the hip-hop equivalent of Truman’s bombing of Hiroshima. Whether Tyler is clubbing with Jerry Sandusky and the Pope (“NY (Ned Flanders)”) or Hodgy  compares himself to both Marilyn Manson and Ghengis Khan in one line (“Rella”), the same vein of devilishly clever obscenity is always there.

The real evolution of Odd Future, though, is not only present in the central trio’s acrobatic lyrics which cover topics from pill-popping to the film The Nutty Professor. Present throughout the album are the rest of OF’s menagerie which includes a few extremely talented musicians: soulful crooner Frank Ocean, for example, stars in the heartbreaking interlude “White,” and Mike G has “Forest Green,” a personal favorite, all to himself.

As the hour of music unfolds without a single rest, the songs get better and better, with at most two or three songs falling below par. The stunners come one after another in the tape’s second half, once the complex and hilarious song “P” hits. Thereafter there’s not a single dull moment until the album’s finale. And what a finale it is: the ten-minute closing track, “Oldie,” features a verse from every member of the Wolf Gang (including resident clowns Taco Bennett and Jasper Dolphin), all of whom knock it out of the park, and the second-to-last verse heralds the return of teenage prodigy Earl Sweatshirt, who has been away at a juvenile boarding school in Samoa for the past year. Sweatshirt proves in this verse that he is among OF’s most talented members; his brand of mad genius makes him the Nikolai Tesla of today’s rap game.

Odd Future began as an Internet phenomenon, only for those who could stomach lyrics about stabbing women and burning down buildings, and thematically their music hasn’t come far from there. But now hip-hop has no choice but to take them seriously: Vol. 2 has sophistication, depth, hilarious moments and tragic moments and real, raw talent. Wolf Gang operates with an illogical logic, with all the improbable chaotic motion of a tornado: it’s a musical wallop in the stomach, and that’s a good thing. Here, more than ever, they cement their place in the music industry as loose cannons whose freaky, funny music has no equivalent.  Score: 9/10.

The Good: Nearly everything, from the absurd and unpredictable lyrics to the golden production to the hilarity of OF’s menagerie. A crazy hip-hop haunted house worth revisiting time and time again.

The Bad: Almost nothing, except for songs like “Real B—-” when flaccid rappers like Left Brain and Taco Bennett take their turn.

The Questionable: The Internet’s song “Ya Know,” which is a shoddy seduction song that sounds like a bootleg rendition of the Weeknd.

One thought on “The Odd Future Tape Vol. 2: Wolf Gang at top of the food chain”