I’ve often questioned how people develop musical tastes. However much one can be conditioned to certain genres (how else can someone right-minded handle screamo?),  I believe it’s something that’s innate, something that can’t be changed at it’s core, a lot like taste buds. It’s hard to quantify what we vibe to, and our taste in music usually isn’t something that can be put into words, but it’s with my first meal of the day, “Breakfast”, that I attempt to do just that.

After much anticipation and a prolonged waiting period, the hip hop duo Chiddy Bang released their first studio album Breakfast on February 21, a week before its scheduled release. Formerly an underground Philadelphia group with a cult following, rapper Chidera “Chiddy” Anamege and producer Noah “Xaphoon Jones” Beresin have been quickly ascending the charts, culminating with Breakfast, which debuted at the number four spot on iTunes. 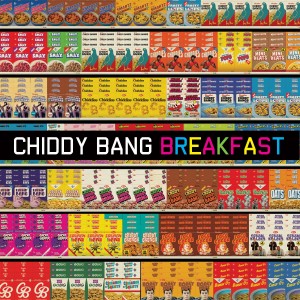 As a devout Chiddy Bang subscriber, I came in with high expectations, but was weary to become too excited. As the case with many artists, increased recognition often causes increased narcissism, and Chiddy is no exception. What started with values to live by in previous mixtapes, the themes of the lyrics in Breakfast have morphed into smoking weed and bedroom adventures. Despite the success and general chillax attitude he embodies in most songs, he confusingly and paradoxically raps about his girl troubles in “Does She Love Me?”, an ode to the one(s) that got away. His brilliant one-liners and pop culture references are still in full swing and he’s still “got this in the bag, (we should have tea)”.

The reason I’ll assess Chiddy and Xaph separately is that, although they sound great together and are formally a duo, they are two separate entities entirely, and can’t be graded together. Frankly, it was another brilliant performance on Xaph’s part, with masterful sampling and captivating synthesizing. Starting out with the first track, “Breakfast”, it’s pretty much amazing (a Chiddy term) from top to bottom, including the sampling of Icona Pop in the catchy single “Mind Your Manners” and V.V. Brown in “Happening”. I have to give a shoutout to two of my personal favorites from the track, “Handclaps & Guitars” and “Talking to Myself”. After listening to the album, it’s become even more obvious that Xaph is the more indispensable of the duo. While Chiddy has shifted to a degree throughout his career, the factor of the constant brought by Xaph was something I was hoping for and was happy to realize.
The general chemistry of the album is satisfying, however, the last track, appropriately titled “4thquarter”, left me quite unsatisfied; it seemed like an unnecessary change in style and a lackadaisical effort on all fronts. My appreciation for Chiddy has progressively plummeted, a direct correlation with his increased use of filler swear words. I can ignore it on the cleverly titled track-stolen-from-their-own-mixtape “Baby Roulette”, which serves as more of a counterpart to “Does She Love Me?” than anything else. I expect to have most of the songs on the album stuck in my head over the next few weeks, and Breakfast, in the words of Chiddy Bang, is quite swelly, if nothing else. 6/10 for Chiddy. 9/10 for Xaphoon. Score: 7.5/10.