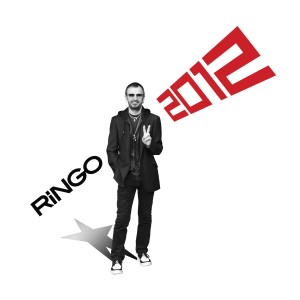 To say Ringo 2012 is a full-length studio album is kind of like saying a Smart car is a full-sized sedan. What can one make of the laughable 29-minute run time; was Ringo even trying? And let’s not forget the title, which is about as creative as the album cover, and only slightly more creative than the music itself.

Of the nine songs on the album, two are covers and two are re-recordings of ‘70s era material. Even Buddy Holly’s “Think It Over” (I guess Ringo was pretty ticked he wasn’t invited in on the fun of last summer’s Buddy Holly tribute album Rave On unlike fellow Beatle Paul McCartney) is Starkey-ified for the worse in possibly the most vulgar misappropriation of steel drums in music history. Starkey claims he’s been listening to a lot of reggae the last two years, and that’s apparent, but it just doesn’t work too well here. Ringo also covers “Rock Island Line”, no doubt to ensure he would be the last Beatle to do so (Harrison and Lennon both did versions of the ancient blues song in the ‘70s).

The five songs Starkey did write all sound identical. The entire album, regardless of if the songs are new or old blends into one forgettable mish-mash of Starr’s walrusy voice (yes, I’m fully aware he isn’t the walrus) and endless mentions of peace and love, a message no member of the Beatles has ever championed before. In a misguided attempt at being profound and meaningful, the opening track, “Anthem”, declaring itself an anthem for the people, mind you, ends up being as deep as the kiddie pool. And although at first it’s catchy, don’t let “Wings”, the album’s only single, trick you; you’ll be asleep before the chorus, if the solid block of cheddar lyrics hasn’t already done so. “In Liverpool” has some cute lyrics, but it’s perhaps one of the only high points of this monochromatic collection of songs.

But in the end, he’s Ringo Starr. You can’t get mad at him. He’s the “special” Beatle. Go through the Beatles catalog and count how many songs are primarily attributed to him. I counted one, “Don’t Pass Me By”. Like the vast majority of Starr’s other solo work (now at an impressive, almost idiot-savant-like, 17 “full length” studio albums) for anyone other than a die-hard Beatlemaniac this album is easily forgettable. Giving it one listen won’t be a complete waste of time. Anything more than that, though, is ill advised. Score: 4/10