In light of recent statistics in a Bloomberg report showing that the number of Chinese-born students enrolling in the Universities of California has wildly increased, while the number of Asian-Americans has seen significant decrease, the UC deans attributed the changes to the university’s new “racial selection” policy, wherein applicants are chosen for admission based solely on their race.
“It’s simple,” said University of California (UC) president Mark Yudof. “We like some races better than others. For example, we’d much prefer to have Asian-born students than American-born Asian students,” said Yudof. “They perform much better; just look at the numbers. So we’re making that a big criterion in our admissions offices: Applicants must be born in China,” he continued. 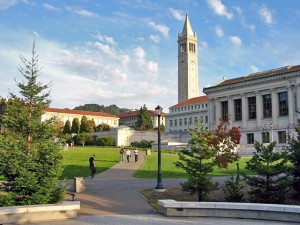 The UC system of schools includes campuses in Berkeley (UCB), San Diego (UCSD) and Los Angeles (UCLA). Currently, half of all students on the San Diego campus are Asian, with 42 percent on the Berkeley campus and 40 percent on the Los Angeles campus.
“I couldn’t give a rattlesnake’s tooth about the Asians in America,” said UCLA dean Rudolph Hackthumper, “but those Chinese can sure perform! I mean, wow! I’ll take some of them on my campus any day!”
In 1996 the state of California passed Proposition 209, which prevented public institutions from considering race as a factor in admissions or employment. Since then, numerous criticisms have been leveled at the Universities of California for showing preference to Chinese students.
“We pretty much totally ignored Proposition 209,” said UCLA history professor Linus Tweedlesmith, who has taught at the university for twenty years. “In a state governed by Arnold Schwarzenegger, how much can we reasonably be expected to follow the laws?” When asked to comment on the fact that Schwarzenegger was not governor of the state when Proposition 209 was passed, Tweedlesmith ran away and locked himself in his office.
Controversy has surrounded the UC student body for the past decade, for there have been numerous anti-Asian demonstrations, including one instance in 1997 when the phrase “White power!” was slipped into a UCLA exhibit, and numerous anti-Asian rants posted on video website YouTube.
However, in recent months the university has tried to turn sentiments around, by playing the Chinese national anthem from the school’s loudspeakers every morning and opening a promotional website, www.chinapoweruc.com
UCSD dean Bernard Snarfmeister defended the “racial selection” admissions policy, saying it was an innovative technique for refining the university’s academic performance.

“It’s a simple fact: some races are inferior,” said Snarfmeister. “Why would we want inferior races on our campuses? If you ask me, we’re ushering in the future here in California.”
When asked about whether Snarfmeister thought that, given Chinese students’ higher performance, UC might start replacing its administrative and teaching staffs with Chinese employees, Snarfmeister called the prospect “utterly impossible.”