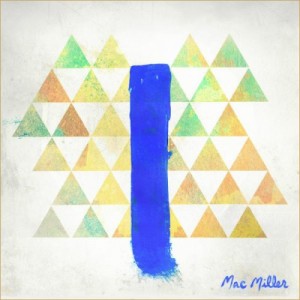 Mac Miller must be a very confused boy. Despite several years of releasing music and receiving feedback, he keeps writing the same exact song. This infamous song that comes in several dozen versions is limited to five topics: fame, alcohol, drugs, money and girls (see “The Five Themes of Mac Miller”). The first time I heard the tune of this catchy yet profane song, I hummed along. But by November 8, when Mac’s first album “Blue Slide Park” was released, it’s safe to say that I got the point. Mac is “the best”, drinks alcohol, does drugs, has money and gets girls. Putting 16 versions of the song on an album isn’t contributing anything to his musical career. It gets old, K.I.D.

Of course, Mac has not literally only written one song, but the songs he has released all echo the same message. BSP isn’t any different. The album contains the typical Mac lyrics that so many fans swoon over. How they listen to the same exact thing in every song, I’ll never know.

Many of the songs were simply weird. “Up All Night” was a tragic experiment that Mac failed to harmonize. The best way to describe it is as a cross of an upbeat rock song and frat boys chanting “Drink! Drink! Drink!”. “Diamonds and Gold” is even worse. This song is a seemingly random rap about a girl who became rich; it reminded me of “Lucky” by Britney Spears.

The one thing Mac does get rid of in this album is his focus on drugs and alcohol. His previous mix tapes emphasize his use of these substances, but BSP steps away from that. Although Mac still touches on smoking and drinking, he primarily raps about his desire to be famous and change the world. This switch may seem harmless, but it alienates many of his listeners who could relate to his lyrics about the hardships of everyday life and “living it up” on the weekend.

Beneath the odd tunes and repetitive verses, Mac really does have a good amount of talent. He managed to incorporated unique beats and new rhythms into BSP, which was probably his greatest achievement in the album. Songs like “English Lane” and “Frick Park Market” take a dive away from predictable lyrics and explore new themes, including change and (gasp) life. These have potential to become relatable topics fans will love. Songs like those are a breath of fresh air from an otherwise drab album.

I’m the first to admit that I like Mac Miller. He writes because he loves what he’s doing and wants to make people happy, which, in my book, are admirable reasons to rap. But he needs to turn away from the old and look for new topics to keep fans listening and attract new ones. Until then, I don’t think I can hear another rhyme about getting women and being awesome. Sorry Mac, you’re going on the shelf for a bit. 2.5/10

The Five Themes of Mac Miller

1. Fame—Mac writes lyric after lyric about how he’s the best, taking over, so famous, at the top, etc.

4. Girls—According to Mac, girls are all over him. Interestingly enough, he has a long term girlfriend …

5. Money—Mac is rollin’ in the dough. He makes sure his fans know it in almost all of his songs.