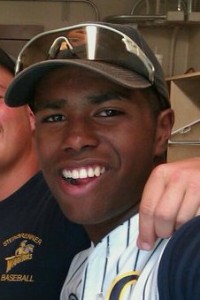 LUTZ – Senior third baseman and right handed pitcher Gerald Bautista confirmed to The Oracle last week that he will sign with the University of Florida .

Bautista verbally commited to the Gators last month, but will officially sign on Wednesday. Bautista says he had other offers from Savannah State and Jacksonville and at one point raised the eyebrows of Florida State, Florida Atlantic and Miami.

Over the summer, Bautista performed well in the Perfect Game U.S.A. showcase throwing 90 mph off the mound and 89 mph across the infield. Bautista hit .457 last season and knocked in 12 RBIs.