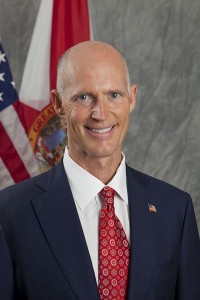 TALLAHASSEE – Gov. Rick Scott is planning on reforming higher-education in January and state universities may bare the largest brunt. Scott told the Sarasota Herald-Tribune that he is rethinking college faculty security and hopes to fund programs that give students the best employment opportunities after graduating.

Some college majors that Scott is looking to push forth to students are science, engineering and technology degrees. Programs that the governor is looking to cut funding to include anthropology, psychology and liberal arts.

Scott believes degrees like anthropology aren’t necessary in today’s economy and workforce. “”Is it a vital interest of the state to have more anthropologists? I don’t think so.” said Scott.

Here on campus, English and Journalism teacher Katie Merritt disagrees with Scott’s proposed cuts and finds it troubling that students won’t have the chance to look into other majors. “I think it’s unfortunate that students won’t be able to explore some of the options they may be more interested in,” said Merritt. “It’s unrealistic to think we can have an efficent society without those majors present.”

At the University of Florida’s (UF) College of Liberal Arts, the program is UF’s largest with 42 different majors and nearly 13,400 students. The largest degree program is Psychology with 485 graduates in 2010.

Senior Jesse Florentino believes that while cuts need to be made, certain degrees need to stay funded because of their impact on society today, but agrees with Scott on cutting the lower majors.

“I think whatever the majors that people don’t usually pick like anthropology need to be cut, but if there’s something huge like engineering then that’s ridiculous,” said Florentino.

Merritt believes every degree has an impact on today’s world.  “Every major that is out there, contributes to society in some way,” said Merritt.

The proposed cuts will not be recommended to the Florida legislature until January.

Jeff Odom / Sports Editor, information from the Sarasota Herald-Tribune was used in this article