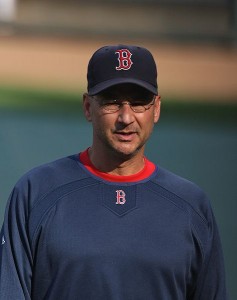 They were historically awful in the month of September. For years, decades and centuries to come, their story will be told. The tale of how the Boston Red Sox blew a ten game lead in the American League Wild-Card race giving the “rebuilding” Tampa Bay Rays (yeah, right rebuilding? HA!) a spot in the playoffs. Ownership decided to let go a manager that had won them two World Series’ and had drawn in the so-called “Red Sox Nation” to sellout every game at Fenway Park, despite the current economic situation. Now, their Vice President and General Manager Theo Epstein is just a signature away from leaving the Sox and joining the Chicago Cubs. He also led them to two titles. So, in a matter of a month and a half, the once promising and dominating team of selfish, me me me, I I I, Red Sox have completely imploded on themselves and are watching the world crumble around them (Hey Carl Crawford…wanna come back and play left field for us?). But really who saw this coming?

It’s nothing that Billy Beane could solve with precise statitics, it’s nothing Terry Francona can solve behind a microphone at FOX Sports, it’s something an organization needs to solve to save their season…yes it’s not even 2012, yet

the season is already in trouble. Now for the questions, who’s going to manage the team? Manny Ramirez? Yeah…he’s avaliable kids. Who’s going to sign the whiners…errr I mean players to help fix this team? To me, this isn’t a Red Sox thing, it’s a baseball thing. If Epstein realizes his taste for Chicago is too big to pass up, who says the Sox won’t try to encourage Rays GM Andrew Friedman to join them? It sure didn’t deter Mr. Crawford from doing so.

The Red Sox are a team that needs to change, and  they need to change quickly. They need a hard, nose to the grindstone no BS manager that will kick their butts into shape. Maybe Francona was so sick and tired of hearing Jonathan Papelbon whine and moan, maybe he was sick of Ellisbury too. Maybe we’ll never know, but what the upper level management has done to this team is sweeping and rough. It’s almost like they rolled dice to make a decision of what to do with Terry, heck Theo wasn’t offered a new deal (yet). But if the team continues to make sweeping decisions for their future, it could be a future tarnished. Don’t rush, take your time Boston…