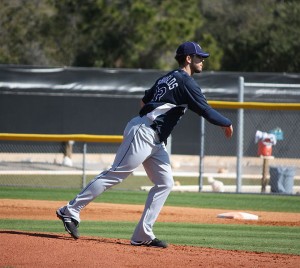 It was a week of up’s and down’s all around the Bay area this week, one filled with the sweet taste of victory from the jaws of defeat (Wednesday’s comeback win for the Tampa Bay Rays over the hated AL East rival Yankees). And a loss on Saturday evening to the Texas Rangers made for one bittersweet week. Here is my best…and worst from the local media on the week that was in sports.

Having the opportunity to sit in during a broadcast with these guys was a huge treat in August. Their true passion for the game in front of them and attention to detail makes it hard not to mute the tube and crank up the radio during games. This was especially true during Wednesday, Sept. 28 game against the Yankees, in which the Rays rallied from a seven run deficit and walked off to a Wild Card playoff spot. Both Dave Wills and Andy Freed shared their air time perfectly starting with Freed in the eighth inning. Freed’s call of third baseman Evan Longoria’s three-run blast really got the ball rolling as far as the fan’s ears are concerned. But the always entertaining Wills belted out a call that will go down as one of the best in his broadcasting history with the “are you kidding me?!” classic call of Dan Johnson’s two strike, two out homer in the bottom of the ninth to tie the Yanks at seven. Of course, it’d be hard to leave out Freed’s second go around with Longoria’s game winning blast in which Wills foreshadowed a bit by saying “Let’s go, I’m ready to party,” before the towering line drive over the shortest fence at the Trop. Overall it was one of the best broadcasts to date for the duo.

It’s a growing trend with the Trib, not a lot of coverage, more layoffs around the newsroom and the growing butt kicking handed down from the rival St. Petersburg Times. But nothing screamed “Times domination” more than the full coverage…or lack thereof with the Rays surprising jump into the post season. On the day after the Rays blasted away the Red Sox en route to an appearance to the ALDS, the Times had a full blown special coverage section dedicated to the historic evening in St. Pete. Granted, the Times is the “official” partner with the team, but that shouldn’t be an excuse for the Trib to have bad coverage. Personally, it all starts with the layout of the section. The Times has always been clean and clear to what they are putting forth to the reader, while the Tribune seems to throw whatever will stick on the page. However, the Trib surprised me on Friday morning by putting in a special section (still nothing like the Times’ completely seperate pull out section) around the Sports page to give readers an in-depth look at the two teams. But still, the Times dominates and in my opinion should be the “official” paper of every professional team in the area.

It’s great to have Dave Mishkin and Phil Esposito on the radio again even though it’s preseason. The duo along with pregame/intermission/postgame host Matt Sammon is top notch and is a solid third place among the Bucs and Rays broadcasts. Even though most of  the games have aired on the grainy and static filled 1250 WHNZ-AM, the scream of “SCORE!” from Mishkin is a can’t miss…plus it airs for FREE on the Tampa Bay Lightning website or WHNZ.com, something neither the Bucs or Rays can say.

That’s my grades from the week that was in local sports media, if you have an opinion on any of the above or would like to give your two cents on the various other media outlets, send an email to Jeff.Odom93@gmail.com.

The views expressed above are soley of myself and not of the Oracle staff as a whole. The photos above is credited to WKNIGHT94 as  public domain without copyright.