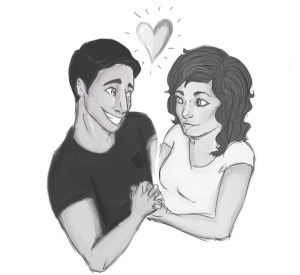 Whether or not sexual education has a place in our schools is a highly controversial topic. But with the soaring numbers of teen pregnancies and sexually transmitted diseases (STD’s), students need to be educated and have options that help them stay safe, now more than ever. By offering contraceptives in schools, students won’t just be educated, but also given the protection they need.

Many students feel uncomfortable talking to their parents about sex, and will never bother getting any actual information about it. Sex ed classes are a less-awkward option for students to gain this knowledge, where they may not have bothered at all otherwise.

There are many students who lack the financial means or transportation to get contraceptives of their own. But by offering contraceptives at school, students have the opportunity to get protection, when they may have otherwise felt embarrassed having to go through their parents.

There is no doubt that students need to be educated about the realities and consequences of sex. It is so important to our society and species that ignorance is simply not an option. But while there are classes like HOPE and biology that incorporate talking about safe sex, the majority of students  only take those classes during their freshman year, and the next three years go by without any further discussion.

According to the National Campaign to Prevent Teen Pregnancy, out of all pregnancies under 18 years of age, only half of the mothers go on to graduate highschool, and less than 2% will earn a college degree. The goal of schools has always been to provide students with the best education possible, and students dropping out is direct opposition to that. So if offering something as simple as condoms could help keep countless students in school long enough to graduate, then why not do that?

Offering contraceptives at school should not be viewed as encouraging students to have sex, but rather as giving students, acting on their own accord, a safe way of doing so. It certainly doesn’t help that society has made, teens having sex, so taboo that it makes students feel too embarrassed to ask for help. By teaching students about sex and offering contraceptives, there won’t be any need for embarassment. Students will be able to make their own educated decisions, and be able to do so with confidence. In the end, teenagers are going to do what they want to. But we can at least make sure they stay safe while doing so.