After releasing one of last year’s best albums, Foxygen already returns with the release of their third studio LP, the stellar …And Star Power. Even with circulating rumors of breakup, they managed to expand their band and craft what easily could have been a 70’s rock extravaganza.

Richard Swift, the producer behind last year’s We Are the 21st Century Ambassadors of Peace & Magic, wasn’t handling the sound in this release, readily apparent in the lead single, “How Can You Really”. This track is a departure from the classic 60’s baroque pop they emulated through contemporary lens, instead replaced with an approach showing a new direction. 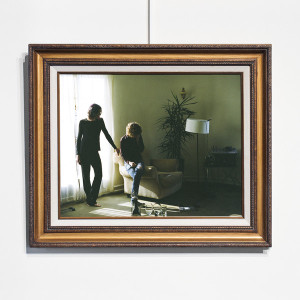 This double album offers lots of surprises. Each side is a different theme, and any sort of connection between one and another is hazy, at best. Opening with “The Hits/Star Power Suite”, the trip begins at its peak, the strongest side of the album featuring France’s vocals far more controlled and subdued in “How Can You Really” or “Coulda Been My Love”.

The album starts off at the best and generally lessens as it moves. Which isn’t to say the end is horrible; the final side is great, “Hang on To Love” only compromises two well written far more introspective songs, “Everyone Needs Love” and “Hang”, but before that, the band starts to lose its momentum in the third side, “Scream: Journey Through Hell”.

The third side features lazy experimentation; the album itself perfectly captures a garage band approach, but in particular “Scream” exemplifies a punk aesthetic, of two friends playing around in their home studio. See the opening to this side, “Cold Winter/Freedom”, the first few seconds an old tape playing of a very young France announcing the listeners to “hold on to their butts” and ready for the venture to follow, one of drained studio wizardry, two friends getting incredibly out there and thinking they are at the helms of new approaches in musical expression.

Yet that is the only dull side, as “The Hits/Star Power Suite” and “The Paranoid Side” are both well endowed, with cameos by some great musicians even popping up, such as Kevin Barnes (of Montreal’s lead man) appearing on a wistful and very trippy rap in “Star Power III: What Are We Good For”.

The hardest thing about double albums is making the listener enjoy it thoroughly for its entirety. Foxygen is a band made of energy, but they do take the experience over to some duller plains near the end. Some could have been trimmed, and kept to a single disc.

Whatever the case, some of the best singles permit to be capsuled in this release, and to have already popped another album out in a year, one which still plays into a yearning epic, manages to keep the band as interesting as ever. 7/10