The Black Keys’ latest album released May 13th is hardly similar to the electric El Camino or the more upbeat Brothers. Instead it seems to stem from lead singer Dan Auerbach’s recent divorce as a haunting elegy that explores the darker sides of love. Though some fans are complaining this is nothing what the Black Keys sound like, I think it’s ridiculous–Auerbach and Patrick Carney have an unmistakable sound, and on their 8th studio LP, they manage to make something unexpected still sound exactly like them. 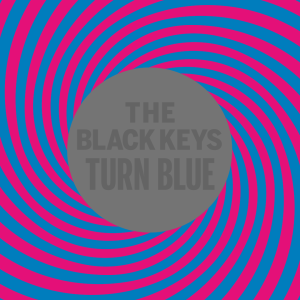 On the first listen, I quickly realized that “Fever” isn’t an accurate representation of the album’s other 10 tracks; it couldn’t be more different from songs such as “In Time” and “Year In Review”, which emanate a raw emotion that echoes well throughout this album. It may not be something we’re familiar with hearing from this band, but it’s definitely not awful. While “Bullet In The Brain” might illustrate Auerbach’s melancholy cries being heard from across a desert, “It’s Up To You Now” maintains that edgy rock tainted with blues notorious of the Keys.

“In Our Prime” and “10 Lovers” are overwhelmingly emotional, as Auerbach focuses more on expressing his rough times than crafting two minute guitar solos. It ends on a more positive note, however: “Gotta Get Away” is an exciting track you blare during a road trip. It’s the Keys’ way of leaving you with a positive feeling after all the gloom.

The entire album gives you the image of a lonely man in the middle of nowhere, yelling up at the sky about everything he’s fed up with. Turn Blue is painfully real and readily exposes a deeper side of the Keys that, not only has created a phenomenal album, but has served as therapeutic relief for Auerbach and Carney. Those who can’t understand why it doesn’t sound like El Camino are missing the point: it’s not supposed to be fun and energetic (hence the album’s title), but an elegy for ex-relationships and rough patches. It’s music in the greatest sense of the word. Score: 9/10.