Since the beginning of the year, teens have been locked in a battle for the best selfie. Fed up with simple mirror shots, an entire Selfie Olympics has been sanctioned to find the best of the best. Popular categories include Most People in One Shot, Most Unusual, Most Dangerous, and Best Photoshopped.

However, these Selfie Olympics have taken their toll on athletes worldwide. Lice infestations have increased tenfold from teens cramming heads together into the small frames of their cameras. The Selfie Olympics even caused a group to perish on their hike up Mt. Everest, when an ill timed rock slide knocked them off the cliff they posed on. The troubles caused by the controversial (yet popular) Most On Fire category are obvious. In some countries, brave selfie athletes are being hailed as heroes for their courage and determination. 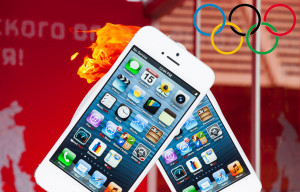 With the human life cost, along comes property damage. Most Destructive Selfie is by far the most controversial of categories, and has (at last count) caused nearly $1 billion in damages. Highlights include a drained Olympic pool, dozens of crushed up diamond rings, a missing NFL goal post, and the Statue of Liberty now has a chipped point on its crown. These acts have caused the arrest of nearly one hundred individual athletes, and millions of dollars in lawyers and fees.

Cost caused by car wrecks deserves a special mention. Hundreds of accidents have been caused by athletes taking both hands off the wheel and putting 100 percent focus on capturing that 70 mph selfie. Of course this usually ends on said car careening completely off course into either other cars or into walls, signs, or various shrubbery. After one such incident caused a 30 car pileup, the athlete had come close to quite literally taking, a million dollar selfie.

The Selfie Olympics were officially cancelled last week when insider information found the invasion of Ukraine was orchestrated to get an elaborate selfie that would have been taken at the initiation of World War 3. The athlete has since then been banned from all social media.

You may ask, “What would you get from winning the Selfie Olympics? Surely there must be some kind of prize for going through all this trouble?” The short answer is yes, the grandest prize of them all. The winners receive more retweets, likes, shares, reblogs, and favorites than you could ever need. These little numbers on post are incredibly important as ways of acquiring fame and fortune to go through life. At least that’s what I’ve always assumed. Why else would millions spend night and day thinking of (or often times, stealing) clever jokes and memes to catch their 15 minutes of fame and rake in the internet points?