Perry’s reign isn’t over yet, and she states it clearly in “Roar”, a catchy pop anthem that gives us an insight into her upcoming 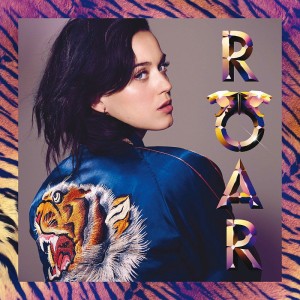 album, Prism, coming out in October.  I had to listen to this song a few times to pinpoint how I really felt about it, because it sounds like every other basic pop song out there. A chorus you can belt, catchy melodies, and overly simple lyrics that I could put together on a twenty minute bus ride. It’s radio-friendly, but hardly evokes any emotion, except it might serve well as a workout song. There has been some debate over this song’s similarity to Sara Bareilles’ “Brave”, but who can really tell the difference between any two pop songs nowadays? Score: 6/10.

Gaga’s release off of her upcoming album caught the attention of critics and fans alike, as it gave everyone an idea of what to expect of Artpop in November. The song is predictable of Gaga: an electronic, lively dance track that mirrors her eccentrities. Taking into account Gaga’s success with past singles, “Applause” somewhat disappoints because it’s so like the rest. And yet, I don’t even worry about her standing strong with Artpop, because of her reputation of delivering crazy good singles when we least expect it. “Applause” is easily forgettable and not necessarily deserving of its top single position, so we can only hope that Gaga decided to save the best for last. Score: 6/10.

Disregarding her scandalous performance at the VMA’s (don’t worry, I won’t go into detail ), I will say that Cyrus’s the chart topper is decent, and a sure indication that she’s left her Hannah Montana days behind. After the rumors of her drug use, perhaps Cyrus decided to play up the crowd and embrace the “party girl” image. I imagine that in the making of the music video, Cyrus simply said, “screw it” and raided the costume designer’s wardrobe of the strangest things she could find. But who am I to judge? Maybe dancing in a onesie alongside giant stuffed bears really is as fun as it looks. Despite its popularity, I don’t consider this the “song of the summer”, because a) I have yet to hear a ground-breaking single from this ex-Disney star that would have me take her seriously, and b) there’s no way it can top “Blurred Lines” or “Royals”. We can expect more of this new sound on Bangerz, out on October 8th. Score: 4/10. 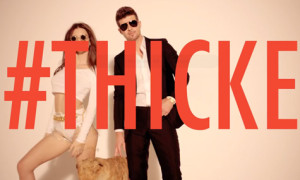 This party track is #3 on iTunes Top Singles list for a reason: it’s quite possibly one of the catchiest songs of the year. Thicke collaborates with T.I. and Pharrell and delivers a quality dance song with a bouncy electro-funk beat. When I first heard this song on the radio, I was hugely upset because I couldn’t catch the name of it. Needless to say, Thicke’s frequent squeals and soulful vibrato hold this song up high, despite its suggestive lyrics (“What rhymes with hug me?”) and highly explicit music video. It’s one of those songs that will get stuck in your head even if you do hate it. Maybe it’s overplayed and slightly demeaning towards women, but you won’t find a single person who denies having sung along at one point or another. Score: 7.5/10.

16 year-old singer-songwriter Ella Yelich-O’Connor might just be the next big thing with her pumping hit single “Royals.” I’ll admit that this is the song I blast with the windows down, and not just because it sounds great through my speakers. Though I can hardly make sense of the lyrics, this song has a great rhythm, and you can’t help but sing along (or try to, in my case).  In listening to Lorde’s other songs, however, I found myself a bit disappointed because none lived up to the grandeur of “Royals”; they were slow and sometimes eerie. Lorde’s indie pop hit is my favorite of the year, though I find that not many agree with me. Lorde certainly has the potential to make it huge in the U.S., but that all depends on her next move. Score: 10/10.