There’s no question that Paramore has changed throughout the years, more so when brothers and band co-founders Josh and Zac Farro left the group back in 2010. With Josh being the creator of guitar riffs, rhythms, and solos, and a frequent confider in front-woman Hayley Williams for almost all lyrics, I had no doubt in my mind that Paramore was never going to be quite the same. Instead of their trademark sound of alternative rock/pop-punk, Paramore heads towards an experimental-pop vibe. 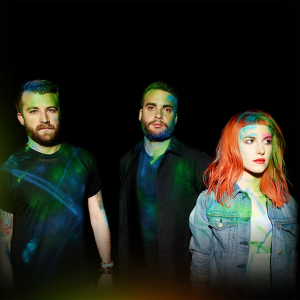 The new self-titled album, Paramore, has seventeen tracks, which would seem impressive, but then three of those tracks are interludes with Williams singing over a ukulele. They showcase sarcastically witty lyrics, but they seem like a strange puzzle piece that just doesn’t make any sense for the bigger picture.

The album isn’t bad though, not at all. There’s a sort of edginess that is reminiscent of No Doubt with a pinch of Metric. “Grow Up” brings a completely different sound from the band that I would have never expected, even with Paramore’s signature honesty of aggression still being the source of motivation, it’s a refreshing and catchy listen.

“Part II” seems like a continuation of “Let the Flames Begin” from their 2007 album Riot!, reusing some of the same phrases and recognizable progressions, while “Anklebiters” is a new take on the already present angst Paramore is so known for. Fast-paced and in-your-face, it’s blunt and doesn’t take any shortcuts.

“Future” starts off with a sad melody that sounds like something from a Radiohead record, then takes a sharp turn to that fan favorite, loud and long, emotion driven guitar melody that embodies the spirit of being at a live concert.

Paramore has certainly created the most unique album they’ve released yet, with admirable experimentation in just the right ways. Featuring an infectious gospel choir, disjointed melodies that somehow seem to work (see “Now”), a soft heartbreaking song of loving encouragement, and crescendos of gentle serenity to borderline mania, it’s nice to see Paramore developing into better artists while still keeping a tight hold on integrity.