Drake: This week Drake dropped a song which he had intended to release on the night of the Grammys, a forthcoming track off his third studio album. As a big fan of his album Take Care, I’m embarrassed to say that this song (“Started From The Bottom”, available for listening on Drake’s OVO Soundcloud account) sounds like garbage, with a production that seems basic and rushed, a new vocal affect that is nowhere near as compelling as his usual pecking drone, and a mind-numbing hook that doesn’t stir anything anywhere inside me. I had to listen to this song three times just to remember how it went, and even then, not a single line from the two elementary verses stuck with me. Where is the sensual and melodious Drake of Take Care? The song was accompanied by a bombastic rant I didn’t finish, so I can only hope Drake got mad and released this song before it was done, and that the rest of his third album will be better, or, at least, not terrible. 3/10. 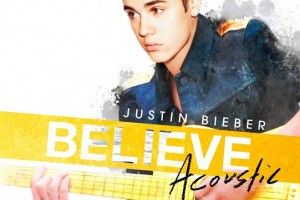 Justin Bieber: This week the world’s most famous hitter-of-puberty, Justin Bieber, released an appendix of acoustic recordings of key tracks from 2012’s Believe. Notable among the bunch are the covers of lead singles “As Long As You Love Me” and “Boyfriend”, as well as the live recording of “Fall”. There are also a few extra tracks packed in there somewhere towards the back, but none of them really stuck out to me as being particularly noteworthy. Bieber certainly does prove himself as a genuine musician, though, because there is no pop synth veil here, just straight acoustic music-making. I admire that. 7/10.

Matisyahu: The Jewish MC (of “One Day” fame, among other happy-go-lucky songs featuring Hasidic-Jewish moral lessons) this week released a four-track EP, only available on the Spotify streaming service, that features acoustic recordings (much like Bieber) of some of his better-known songs. The two highlights from this set of songs are “Live Like A Warrior” (in which Matisyahu’s accent and adaptation to acoustic melodies reach a high point) and the seven-minute extension of “One Day”, which features haunting improvised verses and beat-boxed interludes. These tracks are simply delightful; the other two, however, do not stick, so the overall score must suffer. 7/10.

Pusha T: Pusha T is a well-respected MC for his lyrical dexterity and lion-esque delivery, and this year will mark the release of his first solo album since his split from the rap duo Clipse. The previous single from the album, entitled “Pain”, was excellent, but “Millions”, released from his new EP Wrath of Cain and including a feature from Ricky Rozay, just doesn’t cut it the same way. Maybe it’s the hook, which is perhaps the most materialistic and repetitive since Rihanna’s 2012 hit “Diamonds”. Certainly, Pusha’s flow seems in order. I can’t comment on Rick Ross’s performance because I’ve never been a huge fan of his. Overall, it’s just not as memorable as “Pain”, but this hasn’t dimmed my expectations for a complete-feeling and memorable first album (My Name Is My Name) from Pusha T, who, other than Kanye himself, is G.O.O.D. Music’s top talent. 6/10. 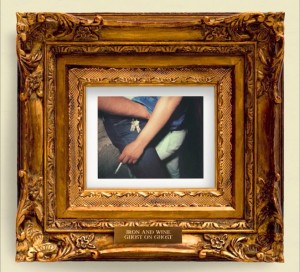 Iron & Wine: It’s been about two years since I discovered Iron & Wine for the first time, and since then they’ve become one of my favorite artists, very dear to my heart. I nearly shed a tear when I heard about Ghost On Ghost, the new album due out in April. Iron & Wine released “Lovers’ Revolution” to mark the announcement, a jazzy, horn-driven song that slowly ascends in tempo and intensity, ending with a lyrically beautiful climactic unwind. Fans have long mourned Iron & Wine’s transition from acoustic folk to big-band arrangements, but I for one like this new direction as much as the old stuff. The classic Iron & Wine lyrics are still there, and apart from the questionable Scottish call-and-response backing vocals on the chorus of the song, it’s a delightful reminder of Sam Beam’s genius. 8.5/10.

Fall Out Boy: After a three year long hiatus, Fall Out Boy has announced a tour and album along with a single released today. The single, in typical fashion, was called “My Songs Know What You Did In The Dark (Light Em Up)”. The video, oddly enough, featured 2 Chainz (though the song didn’t).  Fall Out Boy fans (including myself) rejoiced. Overall, I am not terribly impressed. I look to Fall Out Boy for their complex tunes and guitar solos and it seems like we got something that wasn’t polished. I feel like they only recorded 30 seconds of music, and then just copy-pasted it over the timeline, then had Stump add his vocals. “My Songs” is good music, but there is no variation. It’s very basic. Don’t get me wrong, its a godsend to hear these guys together again, I just wish we could have heard something better. Hopefully the album (Save Rock ‘n Roll) will satisfy this desire. Seriously, though, what is 2 Chainz doing here?  6.5/10.

Jake Bittle / A&E Editor (with help from Alex Troutt / Staff Writer because Jake refuses to listen to Fall Out Boy).