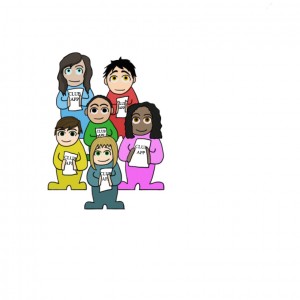 A club, by definition, is an association dedicated to a particular interest or activity. Clubs on campus are designed to bring students with different hobbies and interests together. However, this intended goal seems to fail with academic clubs that accept nearly all applicants.

Academic clubs at this school, such as National Honor Society (NHS) and BETA, have an unusually large amount of members compared to the same clubs in other schools in Hillsborough County. Plant High School, whose academic caliber is comparable to this school’s, only has 30 students in NHS, as opposed to the 500 members in this school’s NHS club. BETA, which requires higher standards to join, has around 275 members here.

Typically, clubs are encouraged to have as many members as possible in order to complete more service projects, raise more money for the club, etc. Members in these clubs are more driven to participate in the club because it r

elates to their interests and hobbies. However, when it comes to academic clubs, students join in hopes of beefing up their college applications. The purpose of NHS, as stated in the NHS constitution, is to promote leadership or a desire to render service, yet this underlying principle is often lost to the students. They don’t see the club as a priority due to the excessive amount of members. By knowing their absence won’t be noticed, they will rely on other members to pick up their slack when they choose not to attend the meetings or not to be active in the service projects.

The selection process of these clubs is the main contributor to the overwhelming amount of students joining. Currently, the requirements to join NHS are a 3.5 weighted GPA and five teacher recommendations. When a student has accomplished this, they’re eligible to be accepted into the club. With BETA, the requirements are a bit more

challenging; students are only able to apply if they are invited. In order to be invited, an individual must obtain a 4.0 weighted GPA. Then the student can apply to the club. Despite the “challenging” requirements for this more elite club, a total of 500 students were invited this year.

NHS sponsor Beverley Jarrett brought the club’s requirements from Gaither High School, where she was also the NHS sponsor. Despite the similar requirements, Gaither’s NHS only held 200-300 members under Jarrett’s supervision.

This school doesn’t require much from its club members. For example, students in NHS only have to get 20 stamps in order to be in the club next year. Students can easily acquire stamps by donating can tabs or whatever item the club collects (i.e. jeans for teens and bears). By doing this, students lose focus of goal of the service projects, which is to help others.

Having so many members in academic clubs eliminates making students feel special about their accomplishments. Academic clubs are no longer seen as a recognition of a student’s academic achievements. The level of selectivity of these clubs doesn’t help a student pursue their academic interests but instead just teaches the student to apply to whatever club they need to in order to put it on his or her college application. While some may argue that this school has more students in academic clubs than most due to the high performance of its students, Plant High School’s high level of selectivity for NHS proves that being a good school does not mean that clubs have to lose their prestige.

If academic clubs limit their acceptance rate to a fewer number of students with a more distinct academic record, productivity of the club can increase, service projects can have a more personal feel and students can feel more a part of a club that they feel they’re genuinely interested in.

Next time a student applies for a club it should be kept in mind that clubs are created to bring people with similar interests together, not to just secure a spot in college.