What year did you graduate?

What were your main interests in high school? 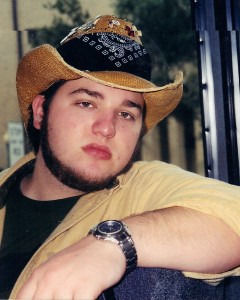 All I did was listen to music, play music, do stuff with music. I was interested in Economics senior year when I took the class, but mostly through high school I was in bands, I was in band, I played drums and I was learning to play all the instruments I play today. I was going to shows, I was setting up shows and I was playing shows. If there was music in the area, I was trying to be part of it.

Did you miss a lot of school for shows?

No, I had perfect attendance in high school.

The only time I missed school was if I was out of town for band, which was school business. I would go to school with a black eye and ringing in my ears from a Misfits show the night before, because that’s what you do. You go to school.

How did you find your love for music? 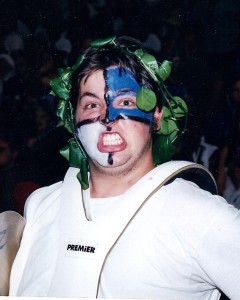 At a very young age. My father will tell the story that before I was able to walk, he could tell that I was going to be a drummer. I tend to believe him, because every picture that’s taken of me is me beating on something with something else. Just playing drums with whatever I could find. I formally started learning, I guess, with a recorder. There was something about music that came easy to me. By fifth grade, I started playing the violin, which came very easy to me. I just started adding more and more instruments. It’s the one thing in life that came very easily to me. It’s the one thing that made sense to me.

Did you have any girlfriends?

I mean, I dated a little bit, but for the most part, no… I had one serious girlfriend my freshman year, and I realized really quickly that I had no idea who I was, and I’d rather spend my time finding myself. I mean, I went out with girls, but never anything serious.

Were you popular in high school?

I was by no means of the prep class or the social elite. I was also not an outcast at all. I was very in the middle. I was the kid who hung out with the dirt rockers and took classes with the kids that wore the popular stuff. I was the kid where while everyone else was wearing popular clothes at the time, I was the kid talking to them with a Misfits shirt. I was just this cat that went between many cliques. I was weird. I was in this weird category where everyone knew my face; I talked to everyone, because I was a very social person.

Who would you consider your role model in high school?

Somewhere between my brother and my dad. My dad was the assistant principal of the school that I went to, and I was able to learn how he became the dude that he is today. He’s one of the coolest people I’ve met. He’s ridiculously grounded for what generation he came from. I’m familiar with what that generation is capable of, but to see how well-rounded he was was really neat for me. It was cool to see how fairly positive he was about everything. He’s who I learned how to be humble from, and to take failure in stride. He was one of the people that taught me how to succeed in failure. My brother was a role model, because he was older and he got good grades, he was smart, he was on the football team, he loved school, he was popular.

How was that having your dad as the assistant principal of your school?

Weird. I got away with a lot of things that students would not normally get away with, but I was not able to get away with a lot of other things. I could not skip school. That was not happening. All my teachers knew me since I was a zygote, or maybe 3-feet-tall. Everyone knew what was going on with me at all times, and nothing got passed me. There was also the fact that I knew my schedule was going to be perfect every single year, so it was kind of a give and take. I took it in stride like I do most things. 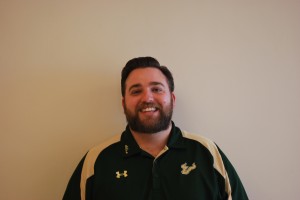 Did any teacher other than your dad have a big impact on you?

Yeah, a few. Dr. Bryant, who was my junior English teacher, as well as freshman composition for dual enrollment English. She was so understanding about the whole student process. She never got upset with us. I mean, she got disappointed in us, when teachers should be, but she never lost her cool with us, she was as understanding as possible, and everyone I know that went through her class had a positive experience. We all still talk to her on Facebook, that’s how awesome she is. Mr. Ponder was my band director, and he was the first music teacher to really reach me. He understood who I was as a musician, and he was able to teach me. I still remember him to this day.

What parallels do you see now between your social life and high school and today?

Oh, gosh. You guys are just as cunning as we were. That’s one of the things I was wondering about, because I remember the level of cunning we had as seniors specifically, because we started to figure things out. (The students) are pretty smart. I didn’t know if (they) were going to be light-years ahead, light-years behind or right on. But it’s right on track. (They) seem more politically connected, but I think that’s a society thing. You guys are far healthier than we were. You’re very conscious of your health. I don’t think I have any smokers, and I had 30 or 40 smokers in my class of 300.

Favorites (Then and Now)

Then: The Beatles, Allman Brothers, The Who, Godsmack, Misfits, Greenday, NOFX, Bad Religion, Poison the Well
Now: All that, but add Coheed and Cambria and Whole Wheat Bread

Then: American Beauty, Blow, anything with Jack Black
Now: Anything on Netflix