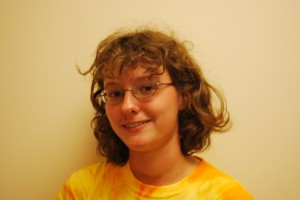 Claire Becker is an artsy 15-year-old journey-woman that has found herself in Tampa, Florida. Now she’s starting to dominate the high school golf courses of Hillsborough County.

“I was born in Phoenix, Arizona in 1997,” said Becker, “when I was two we moved to Jacksonville, then when I was three we moved to Orlando. From 2001-2006 we lived in Oxford, Connecticut then in 2007 we moved here (to Tampa), I’ve been here every since.” Apart from golf, Becker plays five instruments, including the ukulele.

She started in the game of golf early; “I’ve been playing golf since I was eight years old,” said Becker. She got into it after watching her dad playing in the front yard of their Connecticut home.

Earlier this year in a regular season match up against Plant, Becker tied the Warriors single-round record, shooting a 32 over nine holes. She sank a 20+ foot putt on the final green to do it.

Becker was the a key factor in the girl’s district championship shooting a 78 over 18 holes, tying her personal best and putting her second place overall. Becker has been a part of girls golf’s currently active 23 match regular season win streak, going back to her freshman season. This year the team is 12-0 with only one senior and one junior. Becker is one of the five underclassmen on the team, leading a very talented crop of young players into the future.