Rihanna, “Diamonds”: Despite verses that are either nonexistent or so forgettable that they become impossible to hear, Rihanna has managed with her new track “Diamonds” to create a hook which should be able to brave the stormy waters of the pop music station. The song has more gravity and glitz to its instrumentation, and is less playful than “Disturbia” or “Umbrella”. On the hook’s centering line, “Shine bright like a diamond,” Rihanna adopts an almost Regina-Spektor-esque accent or lilt to her voice that ingrains the tune in one’s brain ad nauseum. I’ve always thought of Rihanna as a well-endowed robot sending substanceless catchy hooks off into a void, and “Diamonds” is no exception, though its mood may cause it to prove less danceable than her past efforts. 5/10. 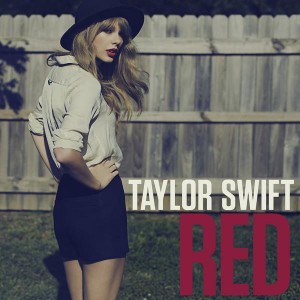 Taylor Swift, “Red” and “I Knew You Were Trouble”: Nearly all of Taylor’s songs concern heartbreak, but I’ve never been able to truly understand what she was talking about until she herself broke my heart.  “We Are Never … Together” was a disappointing, robotically poppy direction for Taylor, but she redeemed herself with “Begin Again” and “Red”, the genuine title track off her forthcoming album, both of which at least echoed the the honest fragile acoustic vibe that made her so enchanting to begin with. But with her newest cut, “I Knew You Were Trouble”, Taylor has left me weeping in the parking lot (or whatever): this song features a dubstep drop. Such tomfoolery is such a worthless pop compromise on her part that I took the song as a parody on my first lesson. Taylor’s new album is shaping up to be a schizophrenic divide between her classic, lyrically advanced dissections of romance, and a pseudo-electronic mess of empty hooks. Let’s pray the unreleased tracks turn out to be more of the former than the latter. 7/10, 3/10. 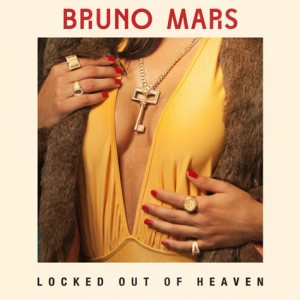 Deftones, “Tempest”: What I like about this alt-metal group is that they’re not afraid to blend elements of trance music and non-hardcore genres into their songs. “Tempest”, a new single off the band’s upcoming album, exemplifies this experimentation. It opens with a dreamy synth intro before collapsing into a driving, if mostly unmemorable, series of traditional metal chords. “Tempest” is nothing that strays too far from the band’s formula  (I do appreciate that the vocals are way more intelligible than many metal bands), and the instrumentation is no departure from metal’s formula in general; the song even culminates with a classic scream-laden breakdown. Whether this is consistency on Deftones’s part or just stagnation is left for the reader to decide. 6/10.

Bruno Mars, “Locked Out Of Heaven”: Bruno Mars is one of the more capable songwriters in the industry at the moment; his new song, “Locked out of Heaven”, is a steamy, jazzy exploration of the sinful nature of Bruno’s love. There is no pop singer more qualified to sing such a sensual tune than Bruno. “Locked” is one of the more polished and memorable songs he’s produced in a prolific career because it doesn’t sacrifice a suggestive and consistent mood for radio replayability.  7.5/10.