If there is one concrete fact about technology companies, it is that Apple really knows what they’re doing. While they did lose their mastermind, the employees and Tim Cook are doing a fine job pushing out fantastic new products. The new iPhone is no exception. 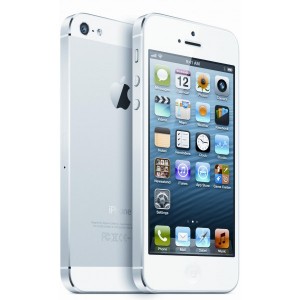 The iPhone 5 is nothing short (!) of amazing. Packed with new features,  I agree with their tagline, “The Biggest Thing to Happen To iPhone, since the iPhone.” It has a taller screen, the new A6 Processor, an improved camera, an aluminum back, a new dock connector, and supports 4G LTE, all of which is more than enough to justify a purchase.

The first thing which I noticed, obviously, was the beautiful taller screen. Unlike the huge Android phones, the 3.5″ x 4″ screen fits comfortably in my hand while giving a whole extra row of real estate. If you ever tried to watch Netflix on your iPhone, standard movies would show up in letterbox before, but now with a native 16:9 aspect ratio, every standard Hollywood movie is full screen.

Along the lines of streaming movies, the 4G connection is unbelievable. I’m not talking about Metro PCS 4G, I’m talking about the company which actually owns the frequency’s 4G. I got a steady 10 Mbs down around Tampa, which rivals the 15 at my house. Spotify songs take less than a second to start and Netflix and Youtube videos load without hesitation. My only worry is that I’m going to go over my 2GB data cap.

This connection speed and new processor makes the phone the fastest I’ve ever messed with. Not only does it receive data lightning fast, it can process it faster than almost every phone on the market.

The last thing Apple wanted to clean up from their past phones, was the dock connector. If you have ever fumbled at night trying to plug your phone in the right way, you know its next to impossible to get it right the first time. Apple took this into consideration as well as completely reconstructing the logic of the connector. To make the phone thinner and lighter, they couldn’t keep the 30 pin. The new connector actually senses what it is plugged into and changes its output according to that. So, unlike the competitor’s micro USB connectors, the iPhone “Lightning” connector can still control the phone, send and receive voice and data and be as small the the USB. Yes, that means you have to buy new cables, but its for the better.

As far as the technical stuff, it keeps the same battery life as the iPhone 4S, even though it is more powerful, the call quality is better than ever with stronger noise cancellation technologies, the camera takes pictures better than any phone I have seen and the new EarPod earbuds have excellent audio quality and are actually comfortable.

In contrast, The Galaxy S III, iPhone’s biggest competitor, to me, seems very fake. It’s light, it’s plastic, it’s average. It just comes across as another Android phone with updated specs. It has some proprietary Samsung software like S Voice, which is in direct response to Siri. Samsung and Apple can argue all day, but for me, they lose my purchase when they release ads targeted against the very people they are trying to sell to.

You see, Apple knows that people are going to complain about getting a new dock connector and other shortcomings, but they point is, you actually shouldn’t care. The changes they are making are not to make you frustrated but instead to make a better product. There is no doubt about it that the iPhone is the easiest to use phone on the market and with the iPhone 5, the lightest, thinnest, and fastest. So, the the substantial gains from the changes significantly outweigh the costs.

My one issue is it’s not as “new” as everyone was expecting. We wanted to see something edgeless, or lighter than air, or something truly amazing but, alas, we didn’t get anything like that. The fact of the matter is, all good things come to those who wait. The future will come, (Android will probably get it first) but Apple with be the first company to make it perfect. Score: 9/10