After experiencing the unexpected loss of a good friend on Sept. 14, sophomore Kayla Poff was left behind to ponder the reasons why her friend would wish to take her own life.

At just 16 years old, the girl, who for privacy reasons will remain unnamed, was discovered lifeless by her younger sister in the bedroom they reportedly shared.

“She and her sister were really close, and now she’s probably been scarred for life, seeing her like that,” said Poff. 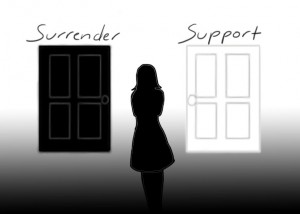 With so many conflicting emotions percolating through her subconscious that fateful day, Poff could feel nothing but emptiness accompanied by a reminder of bittersweet memories.

The victim had reportedly been bullied on Facebook in the days leading up to her suicide.

“People would sometimes post stuff on her Facebook wall, because she was really tall. They’d call her things like giraffe or llama, and make fun of the gap between her teeth,” said Poff.

Once school resumed the Monday following the girl’s death at her high school, many of her former classmates showed their respect by wearing purple shirts to school in her honor.

Her death also coincided with Poff’s 16th birthday weekend. Poff and a few close friends decided to honor their friend’s life by dedicating Poff’s birthday celebration to her memory.

“It’s really hard, because we were so close, and our parents were so close. But there’s nothing you can really do. I just really wish she wasn’t gone forever,” said Poff.

With statistics showing cyber-bullying as a leading cause of teen suicide, it’s a growing issue taking place on social networking sites and is the third- leading cause of death among young people in America, according to the Center for Disease Control (CDC).

Also, 81% of youth feel that bullying someone online is easier than in person. This, along with the fact that 90% of social-media-using teens admit to ignoring cyber-bullying creates a potential problem within the connected world that is leading the rate of teen suicides to increase.

As far as reporting suicidal-sounding statuses on Facebook, there is a feature available that has been aimed at helping prevent suicides.

This feature can be enabled by clicking a link next to a given status, and reporting it to Facebook administrators. From

there, the site sends an email encouraging them to contact a suicide hotline or engage in a confidential chat.

Although no Facebook statuses were posted that foreshadowed Poff’s friend’s eventual death, the victim’s friends did report that in the weeks prior to her death, she had seemed rather distant, one example of a possible warning sign.Overall, Poff mainly wishes she’d been more aware of all the pain going on in her friend’s life, so she could have been there to support her and possibly help prevent the tragedy that ended her friend’s life.

“If I’d known that she was actually going to push herself over the edge like that, I probably would’ve told her that if she
needed anything, or anyone, that I’d always be there for her… there’s no reason she should’ve pushed herself that far,” said Poff.

Now moving forward, Poff plans to focus on the positive side of things, never forgetting the lasting impact their friendship had, and continues to have, on her own life.