One of the greatest qualities a young artist can have is persistence. No matter what the music, persisting in the face of feedback and criticism is admirable, and there is no doubt that Young Kevin, the school’s most prolific rapper, has persistence in full. His second album The Motivation, coming on the heels of Golden Child, shows senior Kevin Connor diversifying his slew of tracks with excellent guest features and refining his lyrical focus. 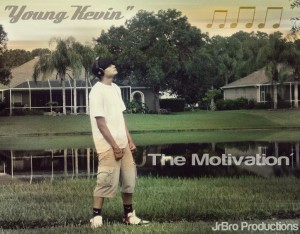 Nearly the only thing which has remained constant since Golden Child is Kevin’s flow, which tears through the album without pause like a steam train off the rails. His hooks become ingrained in the mind like mantras and his verses all follow the same fearless cadence, and this time with a remarkable decrease in filler curse words, which is apparent from the very first track. Admittedly, Connor does have some lines in which he has too many syllables and his lines sound a little bit unprofessional, but on the whole the album is brimming with classic Young Kevin, especially on tracks like those on the album’s later parts, whose standouts including the intense “Grind Hard” and the flaring final track, “Caution”, on which Connor seems almost unstoppable. “Makin’ music is a passion, every day I be attackin’ … Young Kevin I be rappin’, make it happen, no relaxin’ …” Connor raps on the fast-paced “Tough Love” on which Connor dissects the sufferings of a struggling musician in a brutally honest sequel to Golden Child’s “Cold Heart”.

The only times Young Kevin stops rapping are when he makes room for his stunning array of guest features, which prove to be the album’s keystone: both Fantasy and Vinay, two collaborators who worked with Young Kevin on the album, add a high-quality, silky hook to the two excellent songs on which they are featured (the delicious “Drop It Low” which sounds like it could be featured in any modern dance club, and the excellent and extremely honest “All On You”), and Bridley Boi, who was featured with Connor on Connor’s past effort Golden Child, is back, still retaining the great chemistry he has when rapping alongside Connor. Topping it all off is the fantastic singer and fellow Steinbrenner native Rachel Villalona, a junior who provides a beautiful hook on the enchanting song “All I Got”.

Though there are only ten songs, and the songs are relatively short, The Motivation still shows a marked increase in the quality of Young Kevin’s music. With a little more polish and variation in his lyrics, Connor’s well-produced and infectious music will be well on its way to success. Though the album is a little short, the $5 for which Connor is selling the The Motivation makes it a more than worthwhile purchase for anyone who considers themselves a connoisseur of hip-hop or wants to support a local star. “Hip-hop is my life, no time for destroyin’ me,” Connor repeats in the album’s theme, “One Mission”, and at the rate Young Kevin is going, there will be no destroying him, no matter what the “haters” say. Score: 7/10.

One thought on “Young Kevin takes it up a notch, keeps on climbing”