There are self-absorbed artists who keep their fans waiting on the edge of their seats for their next release, taking five-year hiatuses or long tours before they release any new music. But not viral hip-hop sensation Lil B, the self-proclaimed “Based God” (does anyone out there know what that means?). The word “hiatus” does not appear to be in Lil B’s vocabulary. In February he dropped the 21-song-swag-extravaganza White Flame, and now, not even a month later, he has somehow managed to release another mixtape, this one two hours and 34 songs (!!!!) long. It’s called God’s Father, and this review is the account of my attempt to listen to the entire thing. Listening to Based God isn’t just an experience, it’s an ordeal, a quest, and a journey of self-discovery all at the same time. 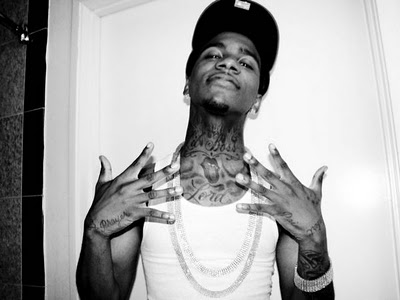 Let us familiarize ourselves with Brandon McCartney, aka Lil B, aka the Based God. He is a rapper with an immense online presence, one who tweets and posts on Facebook upwards of 100 times a day. He has spawned a series of “cooking dances” on YouTube which feature him and YouTube users dancing to his signature song “I Cook”, famous for its profound lyrics (“I cook / I swag / I chef / I swag”). He once released a mixtape with, I kid you not, 676 songs on it. He has over 200 music videos, most of them consisting only of Lil B in blurry focus lip-syncing the words to his songs. His songs take place entirely in the theatre of the absurd, in his own self-absorbed “BASEDWORLD” where millions of girls fight over the right to give him fellatio and money falls from the sky. He appears to be a living example of the Nietzschean Will to Power: simply by claiming to have a lot of money and girls, millions of times, he appears to have gotten himself a lot of money and girls. He is everywhere, and no one knows if he is serious about lyrics like “I can’t believe it’s not butter / I’m Fabio” and “Basedgod n—- put you in a trance / B—- I want the funk / I’m angry than a f—”.

Thus, going into God’s Father I steeled myself for an exercise in endurance. The album opens with angelic choirs welcoming you into the “BasedGods Layer” (sic). Then Lil B starts rapping and the next two hours is essentially an enormous soliloquy by him, for him, about him. The flow is almost Joycean: it switches and dives like a stream-of-consciousness, exploring a myriad of subjects. The beats range from bass-laden pumps and handclaps to ancient blues songs to the loading screen music for a PS2 video game. Nearly every line is a blatant obscenity or a non sequitur, and at the end of every single track Lil Boss feels the need to tell us that we’re listening to the God’s Father mixtape. 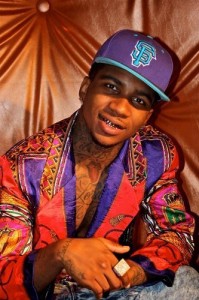 But, by the fourth track, something happened to me. I had something of a revelation as the Based God graced me with the presence of his sensitive side, and I understood that the cooking music videos and the endless, almost hypnotic repetition of “swag” and “B—- Mob” (Lil B’s posse) is only one facet of the enigma that is the Based God. One the other side of the Based coin is an emotional, genuine, and existentially attuned MC, like an unhinged and uncensored schizophrenic Kid Cudi or something like that. In songs such as “Februarys Confessions” (again, sic) he pours out reflections on the difficulties of trucking through life and being an individual. “Live your own life and be happy for the moment / Just cause you got it don’t mean that you own it,” he muses over a piano-driven beat. This coming from the same man who three songs later is spouting lines like “Spongebob Based God / You’re so funny.” Such positive songs as “Februarys” and similarly themed “I Aint Neva Won” and “Flowers Rise”, and especially “Deep A– Thoughts” are actually, legitimately evocative. By the album’s halfway point I was sympathizing with the BasedGod, and even coming to the conclusion that at plenty of points Lil B’s music is … good.

This said halfway point comes after the album’s title track fades out amidst choir singers chanting Jesus’ name. I checked the progress of the album on my iPod, expecting to find it near conclusion, and saw that I was on track 17 of 34. This fact demanded some serious reflection, even as such indispensable tunes as “B—- I’m Bussin” and “Glorious BasedGod” (the latter one of the album’s best tracks) rolled right on, Lil B not showing any signs of stopping. B’s prolific production was believable when I assumed all the tracks were going to be dumb and low-quality, but the album is more good than bad, and considering it was recorded in about a month, Lil B seems to deserve a certain awe. Regardless of whether he’s saying “I love everybody, and I’ma keep it comin,” or “Suckas kiss a– and they h— suck d—”, he certainly keeps at it.

This is not to say that quantity is a good substitute for quality, but the Based God can frequently produce songs which are either ruminative and honest or insufferably catchy and viral on the Internet. That’s not to mention his legions of social media followers and tens of thousands of tweets. Where does he find the time to do all this? On “Remy” Lil B pauses to muse: “God d—-, I’m goin’ in. Based God!” It was at this moment exactly that I realized the entity known as Based God must either be a beautiful, moral, and incredibly misunderstood musical genius or some kind of bipolar idiot savant. Perhaps he’s both. I hate to leave the reader without a rating, but I find it impossible to rate the Based God (he is, after all, the Based God). I will, however, be reviewing all subsequent Lil B releases (and there are sure to be many). But I say it with utmost certainty: when I listened to Lil B’s singsong outro on the final track, I was touched. And you’ll be touched too. Experience the BasedGod’s positive vibes for yourself, in the hopes that some day we may find out what all this is supposed to mean. Score: ?/10.

Download the mixtape here (it’s free and easy, we promise):

2 thoughts on “Lil B’s ‘God’s Father’: Based God’s indecipherable gift from above [Review]”