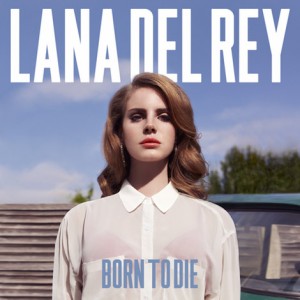 Several weeks ago, when Daniel Radcliffe presented Lana Del Rey as the musical guest on the episode of Saturday Night Live he was hosting, viewers were confused. “Who is this singer?” they wondered, “Did she get lost searching for the 60s?” On Jan. 31, Del Rey answered this enigma with her debut album Born to Die, a dreamy collection of songs that combines a faltering message with unique vocals but, nonetheless, satisfies few.

Del Rey is quite the character. She started out like many of her contemporaries (Justin Bieber is one of the most (in)famous)- one fledging video on Youtube, followed by widespread fame. Since then, Del Rey has signed a modeling contract, got a record deal and been on SNL. The self-made singer/songwriter-makes-it-big story is growing cliché, but Del Rey adds her own flare to it. Her unusual appearance- early-‘60s attire, natural Angelina Jolie lips- and distinctive voice set her apart from the emerging stars that rely on excellent publicity and handsome looks (not say that Del Rey is lacking in either department; she’s a model now, after all!).

This brings us to the paramount point of her musical career: Born to Die. The album is based on the American illusion of love, perfection and money. Del Rey experiments with mercurial chants (“Off to the Races”, “Radio”) and straightforward verses (This is what makes us girls / we all stick together ‘cause we put our love first), but neither do the album justice. Gender roles are a lingering theme, but there is little depth beyond simple statements about women lusting after rich men and men seeking pretty girls. In the end, the listener is left craving whatever it is that is lost between the cynical lyrics and lingering echoes of an empty album.

The highlight of Born to Die would have to be the exquisite sounds that started it all. Del Rey’s voice is reminiscent of a 1950s star taking a long drag on a cigarette in a romantic movie. Her words dwindle and provoke, stirring up emotional excitement that leaves listeners yearning for more. It’s not her looks or lyrics that show promise: it is her voice. This tool, if used properly, will propel Del Rey to the top of the musical pyramid and differentiate her from a long line of singing wannabes who aspire to dominate the game.

Bad: Million Dollar Man, This is What Make Us Girls