As the year 2011 enters its final chapters, The Oracle has compiled a list of 10 resolutions for Tampa Bay area professional, college and high school sports teams that should be enacted.

The Buccaneers need a new coach

While the money problem will probably keep Buccaneers Head Coach Raheem Morris right where he is in 2012, there’s no law against hoping right? Morris has lost his team, who at this point are more concerned where the off-season golf trip is going to be, and it’s showing every week. Sure, the Bucs scored 10 wins against a lousy schedule that provided false hope for the future, but even that shouldn’t allow for what could be 10 straight losses this season. To replace Morris, Jay Gruden sounds like an obvious candidate. Gruden served as an assistant under his brother Jon, has paved Cincinatti’s offense to success under rookie QB Andy Dalton, and would be cheaper than Bill Cowher. Still, the Gruden namesake may not sit well with some.

It seems like the same broken record that plays every season for the Tampa Bay Lightning: No go 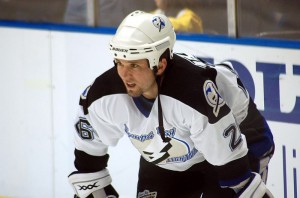 alie, no wins. The team relied on Dewayne Roloson throughout the postseason as the 41 year old put up some of the best moments in his long career, but the age and inconsistency factor is too much for him to be counted on full-time for the rest of the season.

The FHSAA needs to hammer Armwood with violations

Yes, the Hawks won the football state championship and are one of the top high school football teams in the country, but that is no excuse for the cheating and illegal recruitment of players that got them there. The Florida High School Athletic Association (FHSAA) needs to set the bar with Armwood and impose massive sanctions like you would see in college football. A two-year playoff and state title ban, vacate all wins from 2011 and take away the Hawks’ state title trophy, medals and rings. 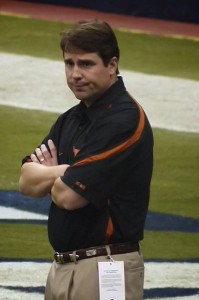 Who and their mother would have thought the best football team in the state of Florida would ever be Florida International University…? 2011 was an absolute embarassment for the state, which has seen two National Championship wins and four appearances in the title game over the last decade. Not to mention Super Bowl 37 went to the Buccaneers in 2002, but it was a long road filled with bumps and pot holes along the way, but there is a glimmer of hope. The ‘Noles will once again be the chosen ones for the preseason pollsters, whether they fizzle midseason again remains to be seen. The Bucs are the yucks, the Jags play like old hags and the ‘Fins? … well more attention is on the Marlins in Miami…yes the 2,000 fans a game Marlins. This season made you want to root for Florida Gulf Coast University which has no football team…THAT is how bad this year truly was.

Can we get a big bat for the Rays?

It has been the Rays’ downfall since 2009, no big power hitter to protect Evan Longoria. Sure, there’s been Carlos Pena and Ben Zobrist, but there has never truly been that “go to guy” for the Rays to rely on when it comes down to making big key hits when it matters the most. Pat Burrell lasted about 15 minutes, Dan Johnson? forget about it and Casey Kotchman never truly nailed the runners home, even with a high average. It doesn’t seem like things will be sunny in St. Petersburg this season, especially after Stu Sternberg said the MLB will “vaporize” the team in the future, but who knows if the magic of 2008 and 2011 will still linger on. That’s for the baseball gods to know and the Rays to find out. 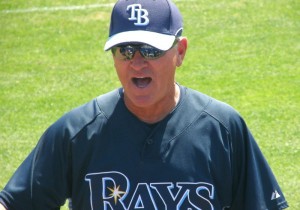 Lock up Joe Maddon to a long-term contract

This goes to show how many feelings can be swayed after a season of success. Fans were ready to rip Rays manager Joe Maddon’s head off after the Rangers ousted the “best team in baseball” in 2010, but the success of the franchise this year may be because of Maddon’s guidance throughout. So why not spend the money to lock him up to a long deal, one that would keep him away from big spenders like New York, Boston and Texas? He’s the smartest man in baseball, give him a smart deal.

We all thought this ship had sailed after the Bucs acquired LaGarrette Blount from the Titans in 2010, when he put up one of the best seasons a Buc has had in recent memory, but since he’s turned into a fumbling machine. If getting benched against Carolina isn’t bad enough, maybe being released will. Oh, how the Bucs wish they had Darren Sproles.

The Rays will forever be grateful for the moments J.P. Howell gave the Rays in 2008 as a reliever, but since he had major shoulder surgery in 2010, he just wasn’t himself. It’s time for J.P. to go.  – Senior Jake Gullekson 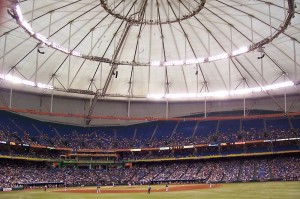 SHUT UP ABOUT THE TROP!

Really, it seems that every single time you flip on ESPN and the Rays are the topic of choice, grunting and moaning about Tropicana Field seems to always come up. It never fails, whether the Rays are winning, losing, in first place or just scored a comeback win after trailing 7-0 in the eighth inning, someone on the four letter network seems to bring up the stadium. STOP! SHUT UP! We don’t care that you don’t like it, it’s like beating a dead horse. Maybe they’ll quiet down a little? Maybe?

Can I get a playoff win, please?

Hard to believe the last time the Bucs won a playoff game was in 2002-03, but it has in fact been nearly ten years since that season which included a Super Bowl ring. The Bucs have had plenty of chances, including a 2005 season which saw their 11-5 record go up in flames when the Redskins eliminated the team in the Wild Card round… The only downside to this resolution is having to actually win first … for a team sitting on nine straight losses, the Chicago Cubs’ saying fits perfectly, “Wait ’til next year.”

Editors Note: All photos are courtesy of Wikimedia Commons and are public domain.