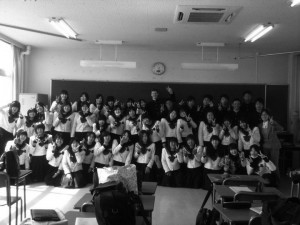 Last August, then-junior Robbie Morgan left Steinbrenner for one year to study in a foreign nation vastly different from America. He was to spend a year in Tokyo, Japan.
Morgan decided to take this opportunity because of its uniqueness.
“I thought it’d be a fun experience and I really wanted to learn a new language that nobody else knew,” said Morgan.
Morgan prepared extensively for his journey before flying over, studying the Japanese language with all the rigor of a typical school class and learning about Japan’s culture and customs.
Morgan took on this new journey alone.
He said all his goodbyes before he left, as his contact with family and friends was limited; he couldn’t have any visitors and could only talk to his parents once a month.
In Japan, Morgan was met by an entire new world which gave him new insights on his own country.
“I actually think a lot of the stuff we do now is weird. Like, I don’t understand why we don’t take off our shoes or take off our masks. We’re very unhealthy,” said Morgan.
Along with these differences, the education was an enormously different.
“Education is very formal. You have to bow to your teacher before and after class. Imagine bowing to your teacher every day,” said Morgan.
However, in March, seven months into Morgan’s tenure as a foreign exchange student, Morgan’s new life in Japan was shaken. A catastrophic earthquake and tsunami struck the island of Japan, causing unthinkable amounts of damage and displacing thousands of people.
“(During the earthquake) it was very sad to see all the people affected by it especially since it’s right next door instead of across the world. You really feel helpless because you can’t really do much,” said Morgan. 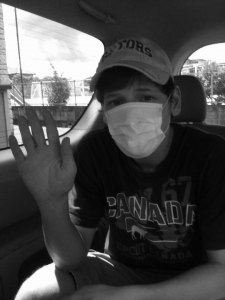 On April 1, the organization forced Morgan to return home.
“It was a liability thing, they had to take all of us out,” said Morgan.
Despite the trauma, Morgan still concludes that his year in Japan was worth it.
“I became near fluent in Japanese, made a lot of new friends, learned a whole lot about the culture, and just a whole lot of things that I never would have learned before,” said Morgan.
Morgan has returned as a senior, but is still enrolled in some junior classes such as Analysis of Functions and AP United States History.
“I didn’t have the time to take them my sophomore year, so I’m just making up for lost time,” said Morgan who, although upset to leave, is also glad to be back home. He still talks to friends from Japan all the time. He is also ready to use his newfound knowledge to pursue his dream.
“I want to work at Disney, and I want to be a sort of diplomat for Disney. That’s why I’m learning French, Spanish, all the languages of the park,” said Morgan.
Whatever the case, Morgan hopes to use his multilingual skills wherever he ends up.

11 thoughts on “A different sort of homecoming”